Vhashumi Landrec CC. is also fully equipped to carryout successful tree felling projects across the region. It is a fact that invasive exotic trees which were imported mainly for commercial purposes are now becoming environmental problematic on the Southern African region. These alien plants are virtually dominating most landscapes, and hence replacing native vegetation. Invasive alien trees are propagating at a higher rate as compared to indigenous trees, because of the absence of their respective consumers in the region.  Vhashumi has the know-how to completely eradicate these infesting plants, using a combination of physical and chemical means.

It has also been proven that countless underground water tables (aquifers) are in a verge of exhaustion due to a higher multiplication rate of invasive exotic trees on those sites. In this regard, for example, the government of South Africa responded by establishing a well-known project called Working for Water Programme. The primary objective for this particular programme was to eradicate alien vegetation, although local communities also directly and indirectly benefited.

On that note, Vhashumi Land Reclamation could not turn a blind eye on this future threatening environmental issue. We are, therefore very committed in side kicking the government and private businesses in this respect. Vhashumi does exotic tree felling as well as replacing such trees with indigenous trees wherever and whenever necessary. 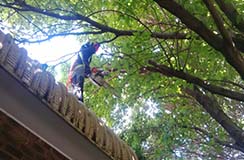 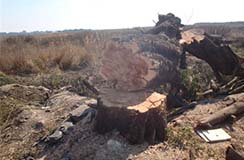 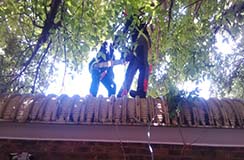 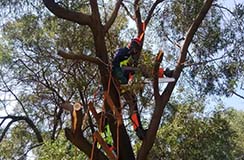